This 10YO Back Vintage Tawny Port from McLaren Vale was winified and matured in the winery’s original cellars, this is a classic example of the style and a reflection of 90 years of continuous family winemaking. Blended from several soleras dating back to the 1970s, this wine is matured in small oak barrels for over a decade prior to bottling and release.

For those of you who love your fortified port then this is an amazing example of one. The winery has established by an Italian immigrant in 1925 and has been producing amazing wines ever since. This Tawny Port is a blend of solera dating back to the 70’s and was matured in the original cellars in small oak barrels for over 10 years. The winery is also rated a perfect 5 red stars by James Halliday in his 2019 Wine companion My score 94/100 – WACC Gold medal.

What is Tawny Port?

Tawny is the name given to Australia’s most popular fortified wine style, formerly referred to as ‘Tawny Port’. Australia recently agreed to discontinue the use of the term ‘Port’ in line with international labelling agreements, with ‘Port’ now used exclusively by the Portuguese.

Australian Tawny is unique in style, being generally produced from French varieties including Shiraz, Grenache, Mourvèdre and Cabernet Sauvignon, although the Portuguese variety Touriga can be found. These varieties are grown on low-yielding vines in the warmest regions, including the Barossa and Rutherglen and produce wonderfully intense, rich, sweet grapes. Australian Tawny is richer, sweeter, nuttier and with more aged characters than its Portuguese counterparts of the same name.

The producer of this McLaren Vale 10YO Tawny Port is one of Australia’s oldest wineries established in 1925. In 1925, a 25-year-old Giovanni boarded a ship at the port of Genoa and left Italy for a brighter future. Despite the heartache of leaving his large, winemaking family he felt compelled to embark on the risky yet exciting voyage. He believed he was on his way to America to meet his sister. Instead, he landed in Port Adelaide, Australia.

Giovanni was quickly struck by the colony’s lack of fine table wine and the dominance of beer in Australian society. He observed the abundance of sunshine and fertile soils south of Adelaide and immediately noted the land’s suitability for quality wine production. Just one year later, Giovanni (whose name had quickly changed to the more Australian ‘John’) was leasing vineyards in the Brighton District, 15km south of Adelaide city, and making wine for the ‘new Australians.’ By the early 1930’s Giovanni had built a winery with his best friend.

Giovanni’s sons Geoff & John are directors and still work at the winery. Eldest son Peter is a now retired but remains a vital board member. Giovanni’s daughter Ines is the Managing Director and his grandson James is one of two winemakers. James is a passionate winemaker and continues 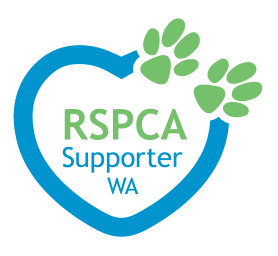